Charles Awurum called Bobrisky out in a recent Instagram video for venturing into Nollywood.

The comic actor also condemned the movie director and producer, who gave Bobrisky the opportunity to act in a Nollywood movie.

In response, Bobrisky reacted with an Instagram post which has since been deleted. The budding actress bashed the actor calling him poor and useless. 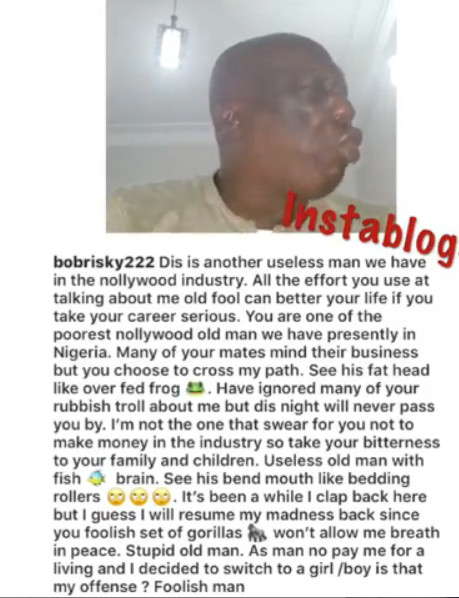 The new movie is directed by Ken Steve Anuka and produced by Basil Nneji.

Bobrisky featured in a Yoruba movie, ‘Ojuloge Obirin,’ as a crossdresser in 2015. The movie was produced by Tayo Sobola.

In March 2019, Bobrisky was featured in ‘Skin,’ a 90 minutes long documentary on colourism produced by Beverly Naya and directed by Daniel Etim Effiong.