One of the biggest African female acts, Tiwa Savage has signed a record deal with Universal Music Group.

As an effect of this contract, the singer has also left the Don Jazzy-founded, Mavin Records which she joined seven years ago (in 2012) during its transition from Mo’Hits Records. During her time with the label, she has transformed from just a talented singer to an A-lister, show headliner and multiple award-winner.

At the conclusion of the deal, Efe Ogbeni and Vanessa Amadi-Ogbonna say, “We’re very proud to be a part of this ground-breaking partnership between Tiwa Savage and Universal Music Group. 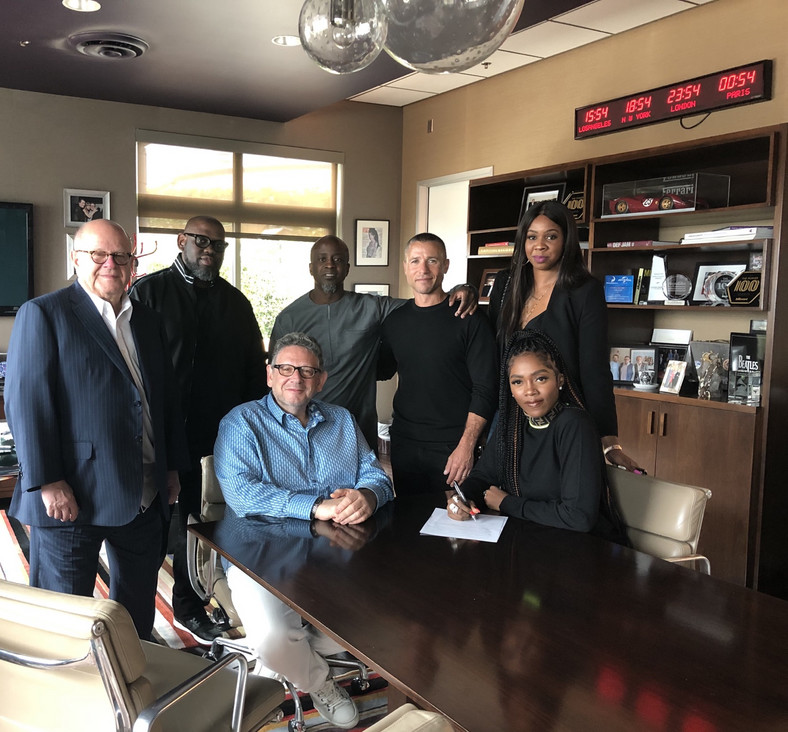 “Tiwa is undoubtedly the most hardworking and talented female artist crossing over from Africa to the rest of the world, and UMG has demonstrated its commitment to the continent by placing its formidable machinery behind her amazing career.

Partnerships like these symbolize the hopes and dreams of so many talented artists back home in Africa and it is an honor to be the executive producers of her project.”

Adam Granite, Executive Vice President, Market Development, Universal Music Group says, “We are looking forward to partnering with Tiwa and her team to help her music reach new audiences around the world. As one of Africa’s most successful, influential and dynamic singer-songwriters, Tiwa has truly global ambitions and UMG is committed to helping her in achieving them.

Via his Instagram account, (@DonJazzy), Mavin Records head honcho, Don Jazzy has since sent out a farewell message to her and thanked her for amazing seven years with his label during which she released two albums and one EP. She was also on the Mavin Compilation album, ‘Solar Plexus.’

In the caption accompanying the post, he wrote, “Our darling Tiwatope. We at Mavin would like to say a very big thank you for being such an inspiration to all of us, a friend, a sister. It’s been an epic journey with you and we are very proud of what we have achieved together.

“As you start this new chapter in your life we want you to know that we are solidly behind you and can’t wait for the world to see what we have always believed you can be. Your jersey as the First Lady of Mavin will forever be yours as we do not intend to fill that position with anyone else.

“We love you from the bottom of heart and pray GOD’s blessings continue to follow you. Amennnn.”

This deal makes her the first Nigerian female act to be signed to the label.

Listen! Tiwa Savage Sounds Off On Rumoured Beef with Yemi Alade in Kenya