BBNaija Pepper Dem Housemate, Tacha, is undoubtedly one of the most controversial housemate in this season of the reality TV show.

Her slice of fame is all thanks to her popularity on Instagram before she went into the house.

Tacha had first made headlines after she tattooed Davido’s OBO symbol between her breasts and since then, has managed to remain in the limelight until she went for the popular reality show.

Now she’s in the house and has gained the attention of people even more, and as such, old photos of her have been dug out and shared on Twitter. 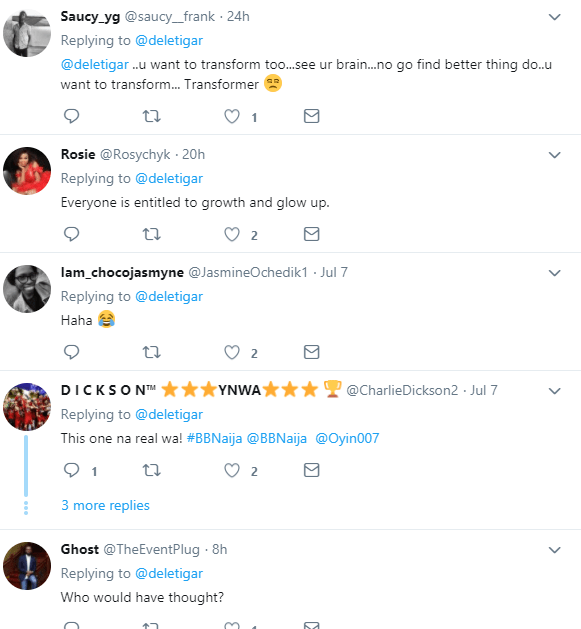