There is reportedly an unrest in Ebem community of Ohafia, Abia State following the killing of a young man identified simply as Friday.

Friday was reportedly shot dead on Friday night after some policemen got into a fight with a supermarket owner in the community.

An eyewitness, Mr. Madu Kalu told The Nation that a Police station, a customary court and a DPO residence were burnt down after the incident degenerated into violence.

“It started at Ebem-Ohafia where a supermarket owner at the motor park close to the police station and his boys were off-loading wares from a truck around 6:30pm on Friday .

“The supermarket faces the major road in the town. A police patrolling vehicle was said to have brushed the parked truck. The supermarket owner, one Mr. Moses Aki and elderly man, came outside the store to ask the police patrol team why they wanted to spoil his wares.

“One of the police officers slapped him. The man’s grown up children and workers were annoyed by the assault and accosted the police officers. In the scuffle, a policemen shot and killed a worker. That was what sparked the whole unrest.

“So, the community youths of Ebem-Ohafia and other communities decided to go on peaceful protest. the whole place became restive between Friday night and Saturday morning. It then degenerated into violence today.

“The situation was not helped by the news that two indigenes of Abia State had already lost their lives due to the COVID-19 lockdown. So, far a police patrol, police station and customary court at Ebem-Ohafia were all torched.

“The Ohafia police later got reinforcement from Nkporo Police Station but they were also overwhelmed and had to retreat after the team shot and injured a protester. While fleeing, the police team vehicle fell inside a ditch and it was also torched.”

Police Station burnt Down.
Police Van burnt Down.
High Court burnt Down.
No Joy………..
To Lose a Lovely Son.
Death of No Reason………..
F-Man RIP.
At EBEM Ohafia

Sars Assumed to Come And Bring Peace Just Shot Someone Else From Elu but Not Confirmed Dead. 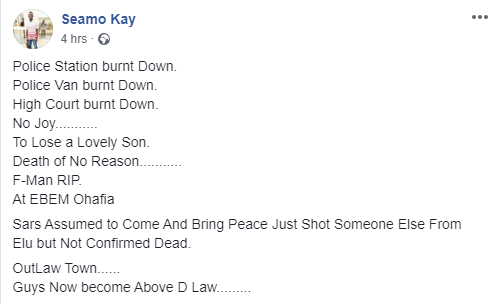 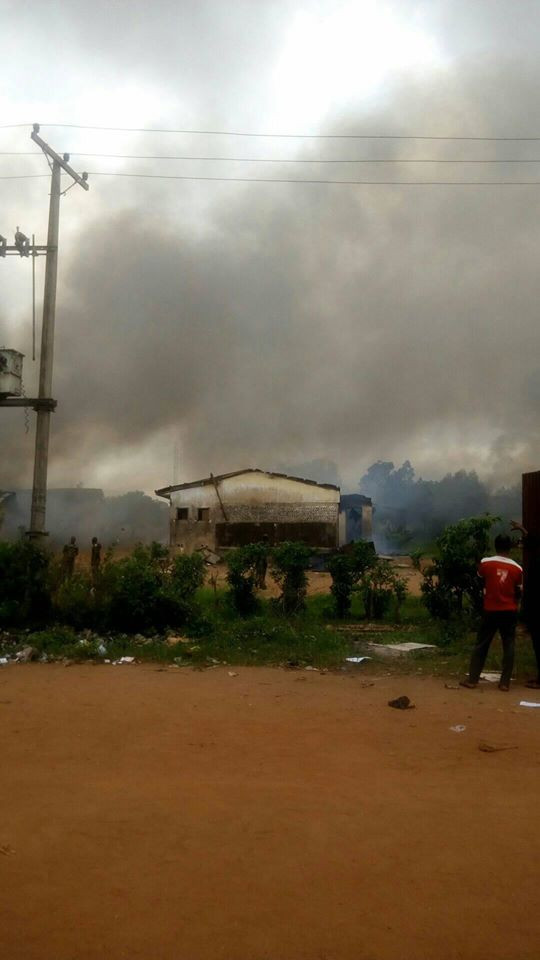 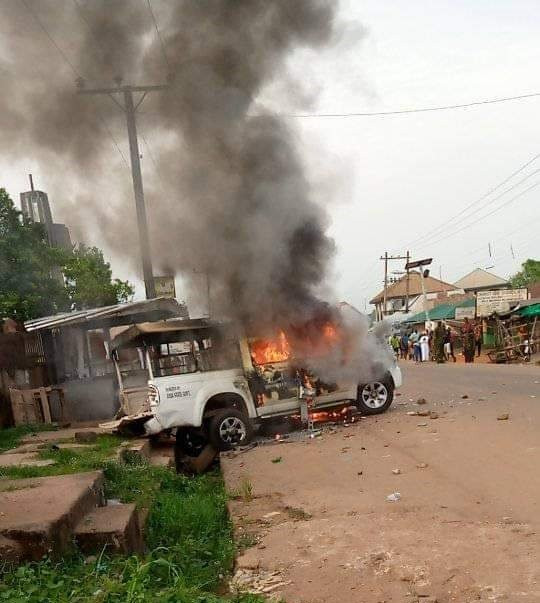 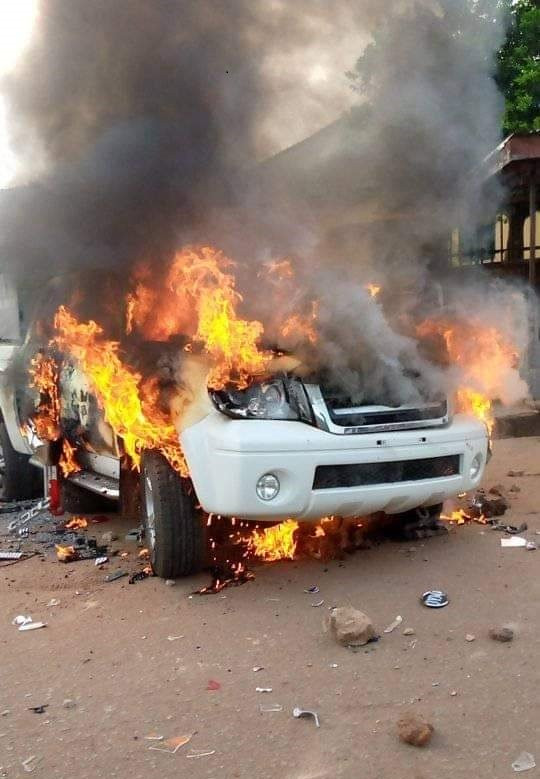 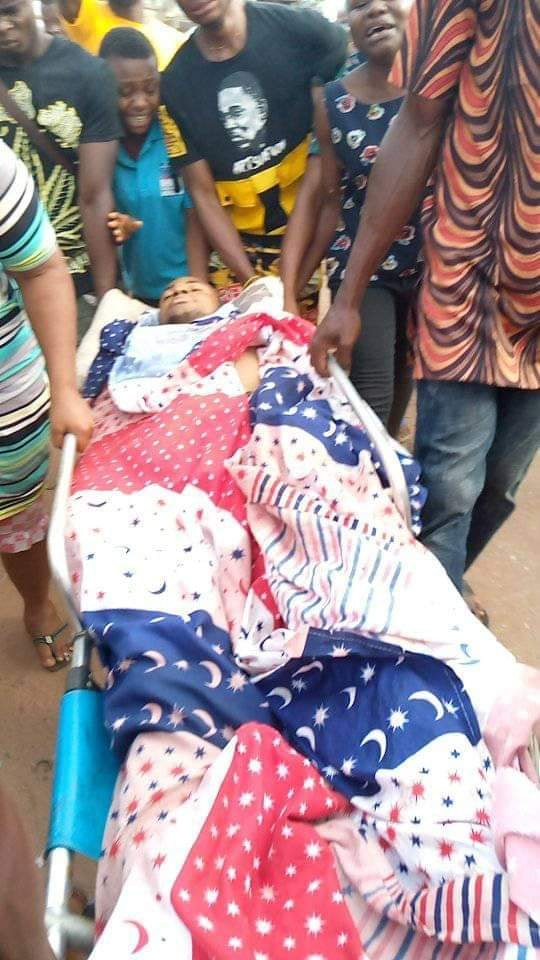 It’s really a bad moment, Friday was killed on a friday night.